Chi for healing’s mission is to empower people to take a holistic view of their health, to become more connected to themselves, and the natural way of life. Our mission is also to help people suffering from chronic illness & chronic pain utilize holistic healing solutions to become healthy in mind,

Our vision is to see people using holistic healing modalities to create lasting change in their lives. We want to grant access to the tools and resources that these modalities provide so that people who are suffering can take healing into their own hands.

We combine ancient Chinese medicine with modern holistic healing practices. Our focus is on the body, mind, and spirit connection. We believe that the practitioner can only do 30% of the healing and the patients job in healing is 70%. It is up to the practitioner to teach people a daily routine to enhance their lifestyle in order to have a lasting effect on their healing journey. We offer many different ways to achieve your wellness goals. We can customize a plan that is right for you and where you are at in your life. This is a fully integrated approach that focuses on diet, supplements, herbs, exercises, detoxing, along with the appropriate treatment strategies. When dealing with chronic conditions they can take longer to heal but we are here to support you on your healing journey. Our goal is to provide a multi-faceted program so that your can take back your health. We want to give you the tools to take healing into your hands. When we focus on the whole and not the parts we can get to the root cause of dis-ease. This is part of going with the flow of nature which is the foundation for Chinese medicine and all that we do. 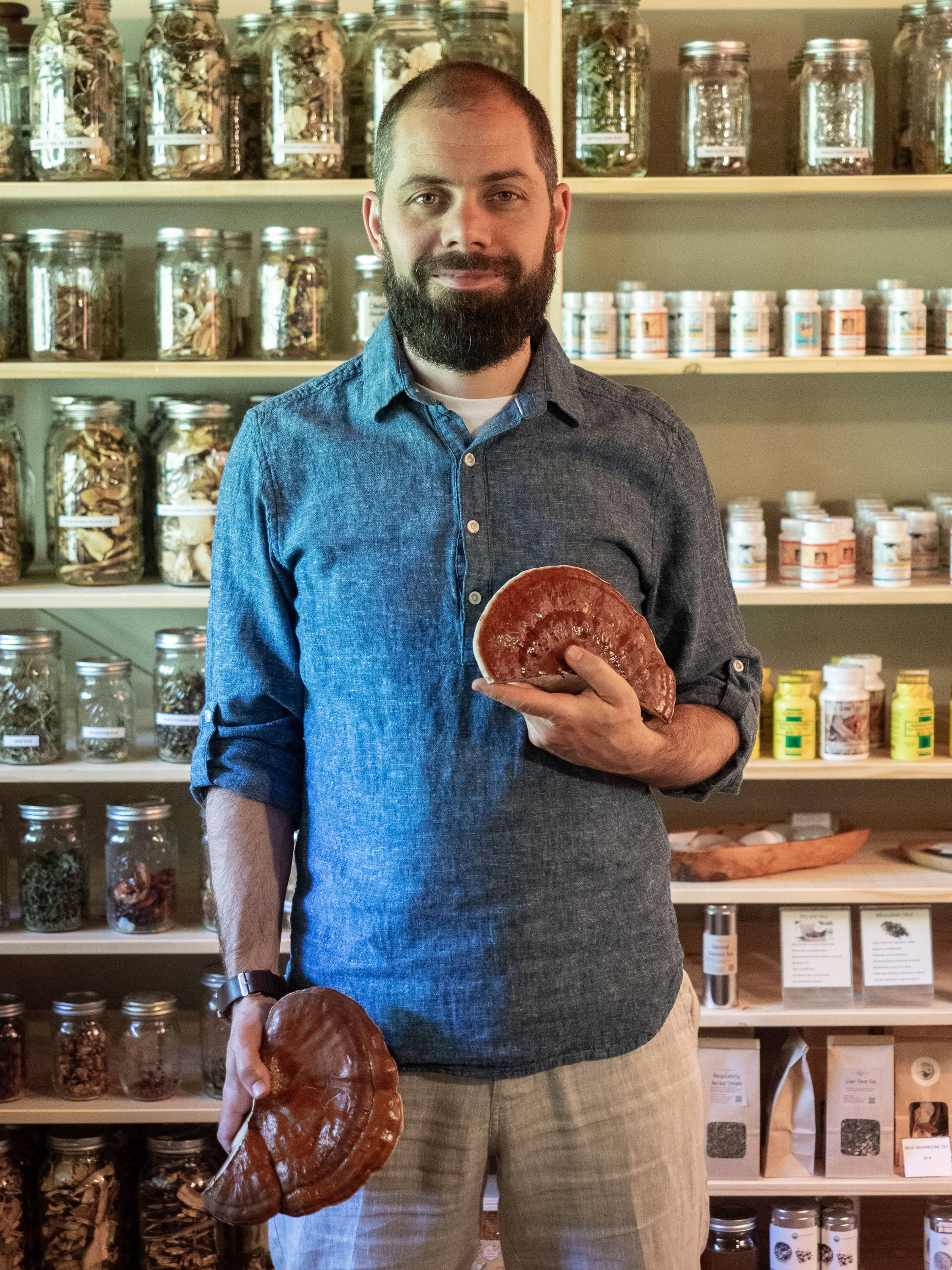 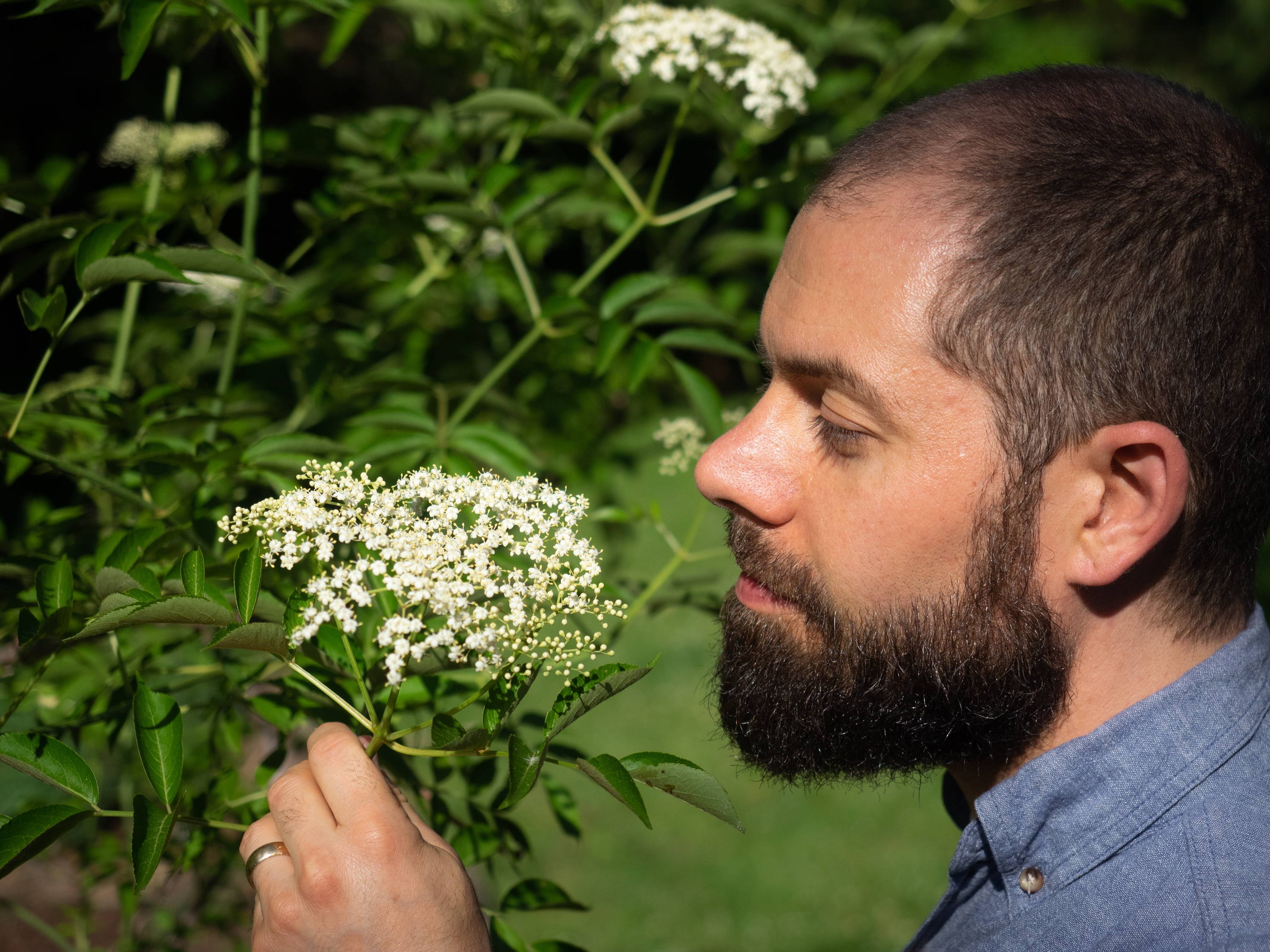 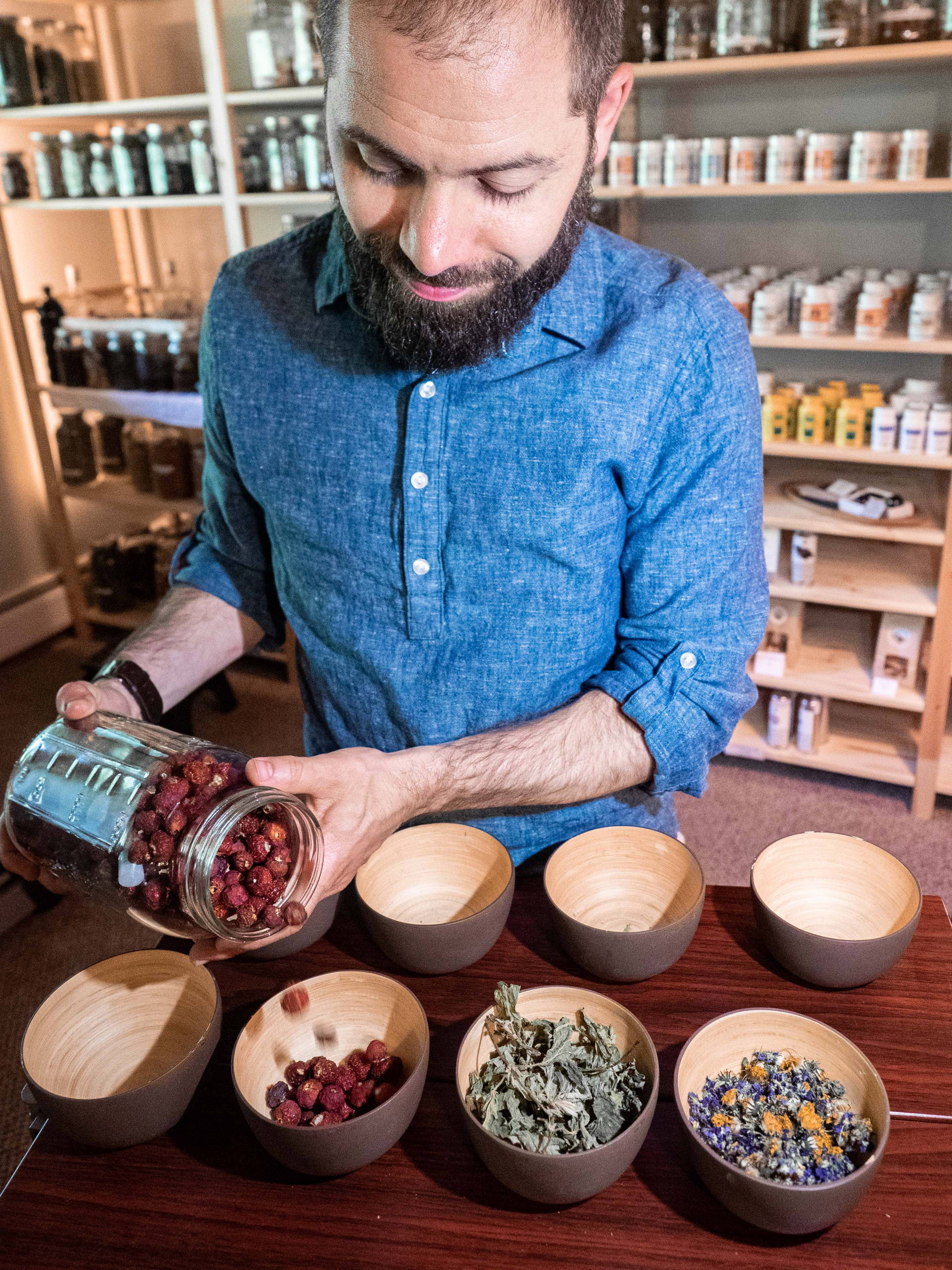 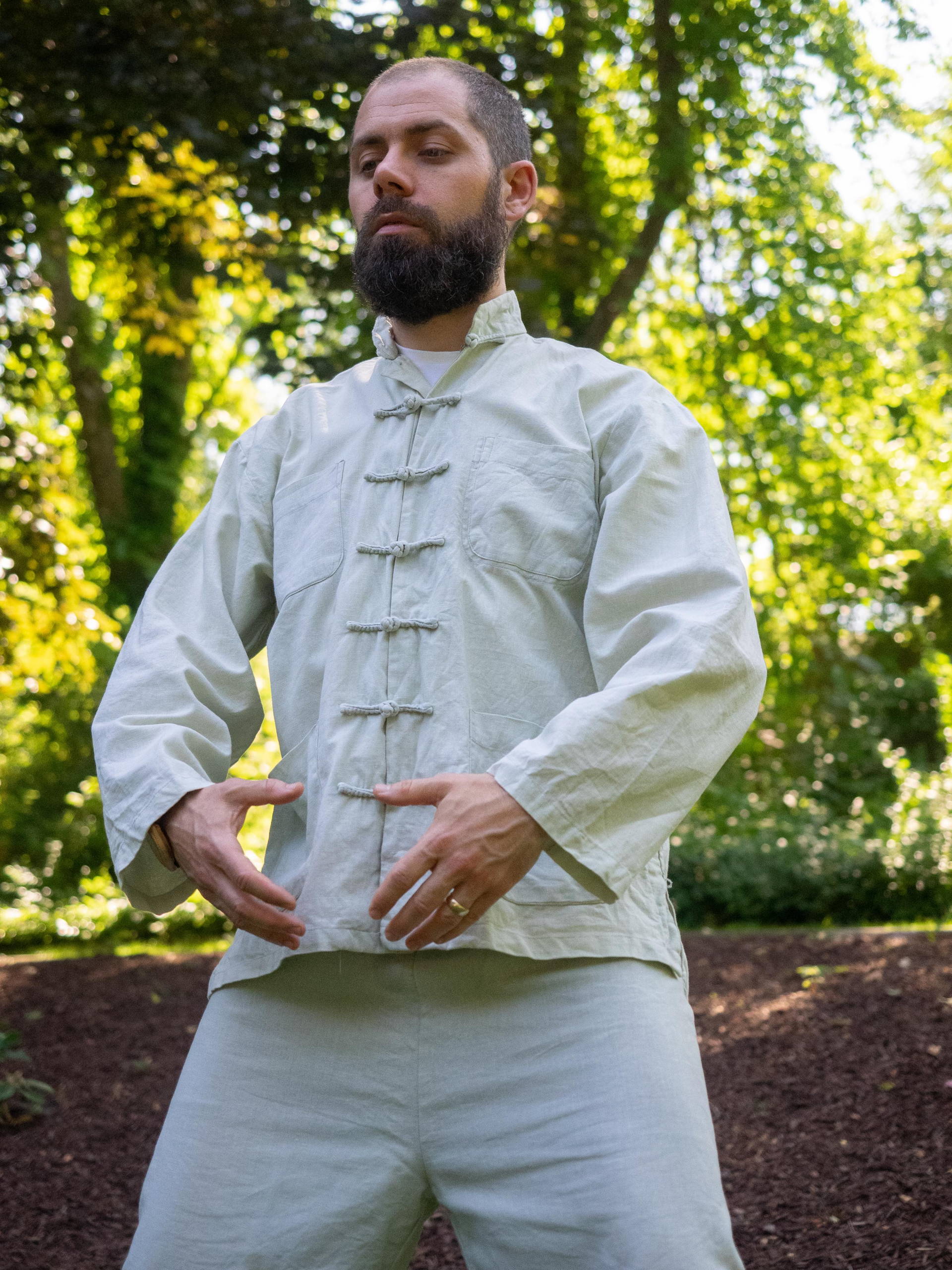 Erik has been deeply connected to nature his entire life. Since a young child he felt at home in the woods climbing trees and being a part of the natural world. Erik was a sensitive kid with a lot of energy. Anytime he could spend in the woods or anywhere in nature were the times that he felt the most at home and comfortable in the world.

Erik started to develop some health issues as kid, As a child he began to suffer from digestive issues (GERD-gastro-esophageal reflux disease) at the age of 10 years old. He later discovered that some of those issues were Erik being so empathic and digesting the world around him. Also some of these digestive issues were from allergies that would not be understood until much later.

At 16 Erik hurt his back playing sports. He developed hairline fractures called pars defects on L4 and L5. This was a really tough time for him. Suffering from depression while wearing a brace molded to his body so it could heal, being in nature was his only solace. Slowly he healed and got better but his back was never really the same.

In college he was introduced to yoga and found  that this practice was really helpful for his body and mind.

During his college years he met a teacher who taught primitive skills from native american traditions. He was so excited to learn how to make fire by friction, build debris shelters, participate in a sweat lodge, learn how to forage for wild food, and so much more. This was a big awakening for him. This was the  first realization that for him that we can actually use nature to heal ourselves.

After college Erik went on to work with children with special needs at a special school for autistic children. While assisting a child he suffered a severe blow to the head and neck, injuring his back and neck. After this injury Erik dealt with severe chronic pain. Doctors had no solutions for him. He was scared, exhausted, and desperate to feel relief and live a normal life.

At the time he lived near a beach and would go to the ocean to shift his perspective. He eventually came home to live with family. Doctors weren’t able to help him with his spine issues. He had to find a way to taking the healing into his own hands. And so began his journey toward holistic healing.

He was first introduced to a reiki master who started gifting him sessions. They were life changing for him! From there he was introduced to a Chinese herbalist/aromatherapist and a cranio-sacral/shamanic healer. These people made such an impact on his healing journey.

He began connecting to plant medicine with herbs & aromatherapy. This deepened his connection to nature even more. His journey eventually led him to a doctor of Chinese medicine. Chinese medicine uses nature for healing so it was a logical progression for him.

Erik started receiving acupressure treatments and began a regimen of Chinese herbs and teas. He consistently attended tong ren healing classes and began learning tai chi. He made changes to his diet and also added supplements.

He also added other holistic treatments included getting colonics and other detoxing treatments.

He did everything he could to integrate the holistic medicine he was using into his daily life. His lifestyle was completely changed and over time he became healed of his injuries. From that profound personal experience it became clear to him that he wanted to learn how to be a healer and utilize all of the modalities that helped him to help others on their healing journey.

He was fortunate to have a five year apprenticeship with Dr. Ming Wu and has received many certifications in the holistic modalities that helped him personally to heal. It has became his mission and purpose in life to help people who are suffering with chronic illness and chronic pain to use holistic healing to heal themselves.

Erik believes that we all have a journey we go through in life and wellness doesn't always occur on a straight line. Healing and self-care never truly ends especially when dealing with chronic illness and chronic pain. Since his training Erik has dealt with a bout of lyme's disease. He also discovered that he is severely gluten intolerant and there other foods that he abstains from for his health. He also broke his back again in the same place. After a long road doing everything he could holistically to heal himself he ended up having spinal fusion surgery. If he did not have a strong foundation in Chinese medicine and holistic healing he may not have been able to recover as well as he did. This is why it erik's passion to teach others how to create a lifestyle integrating holistic healing into their lives. As we navigate the ups and downs of life, it is important to have a strong foundation that we can use to keep us balanced no matter what life brings our way!

WANT TO BOOK AN APPOINTMENT WITH ERIK?

HEAR WHAT OTHERS ARE SAYING 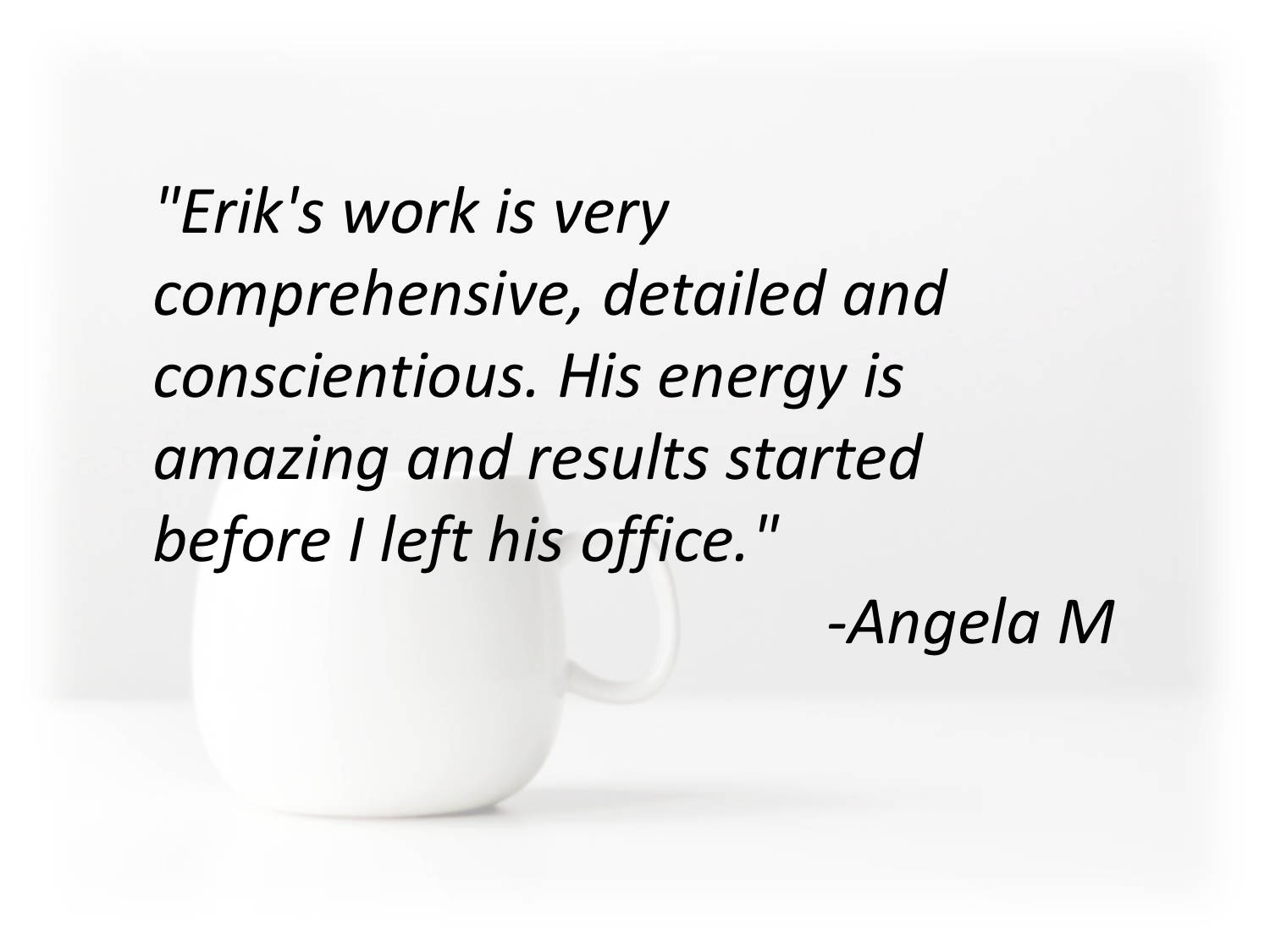 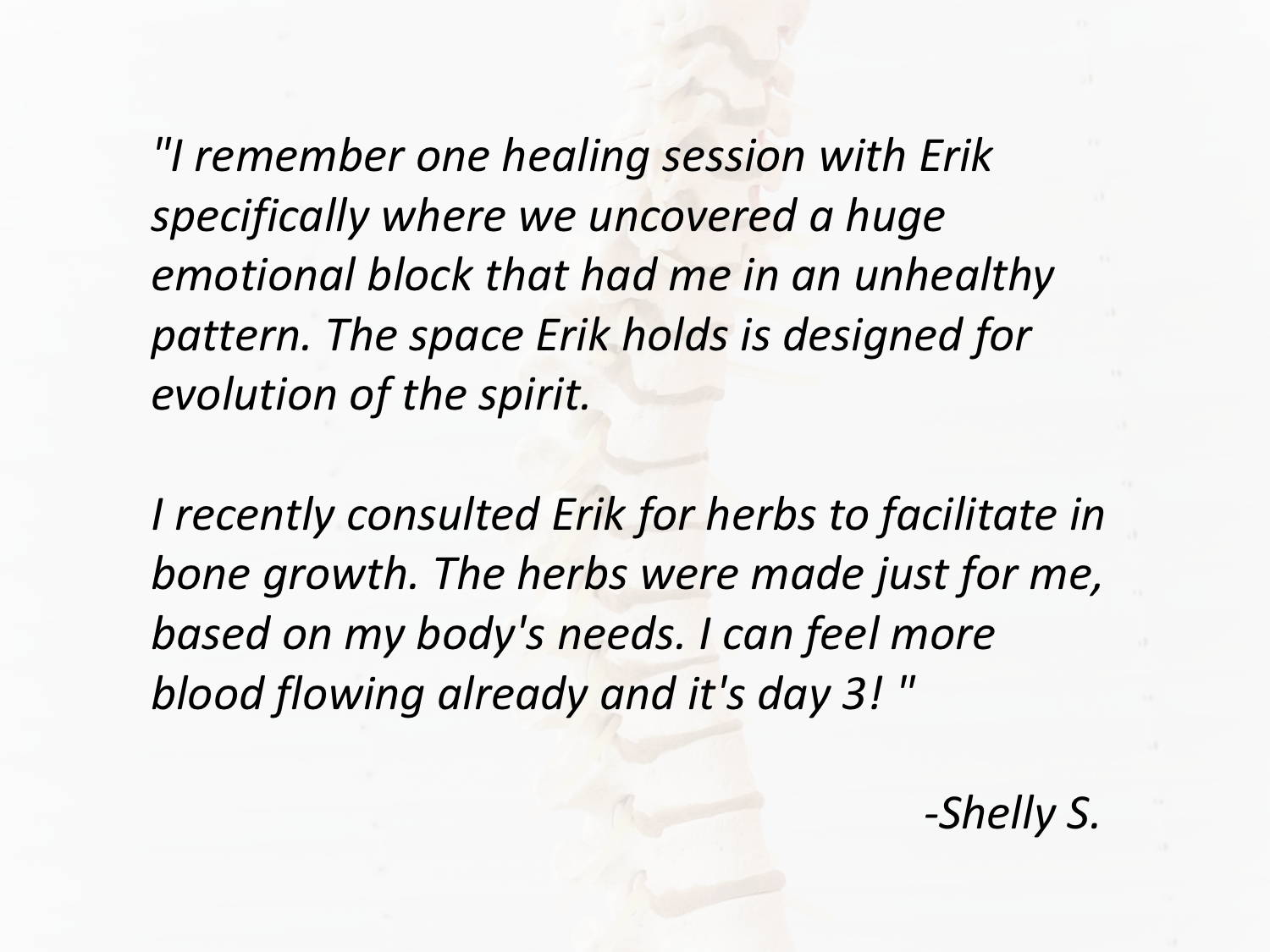 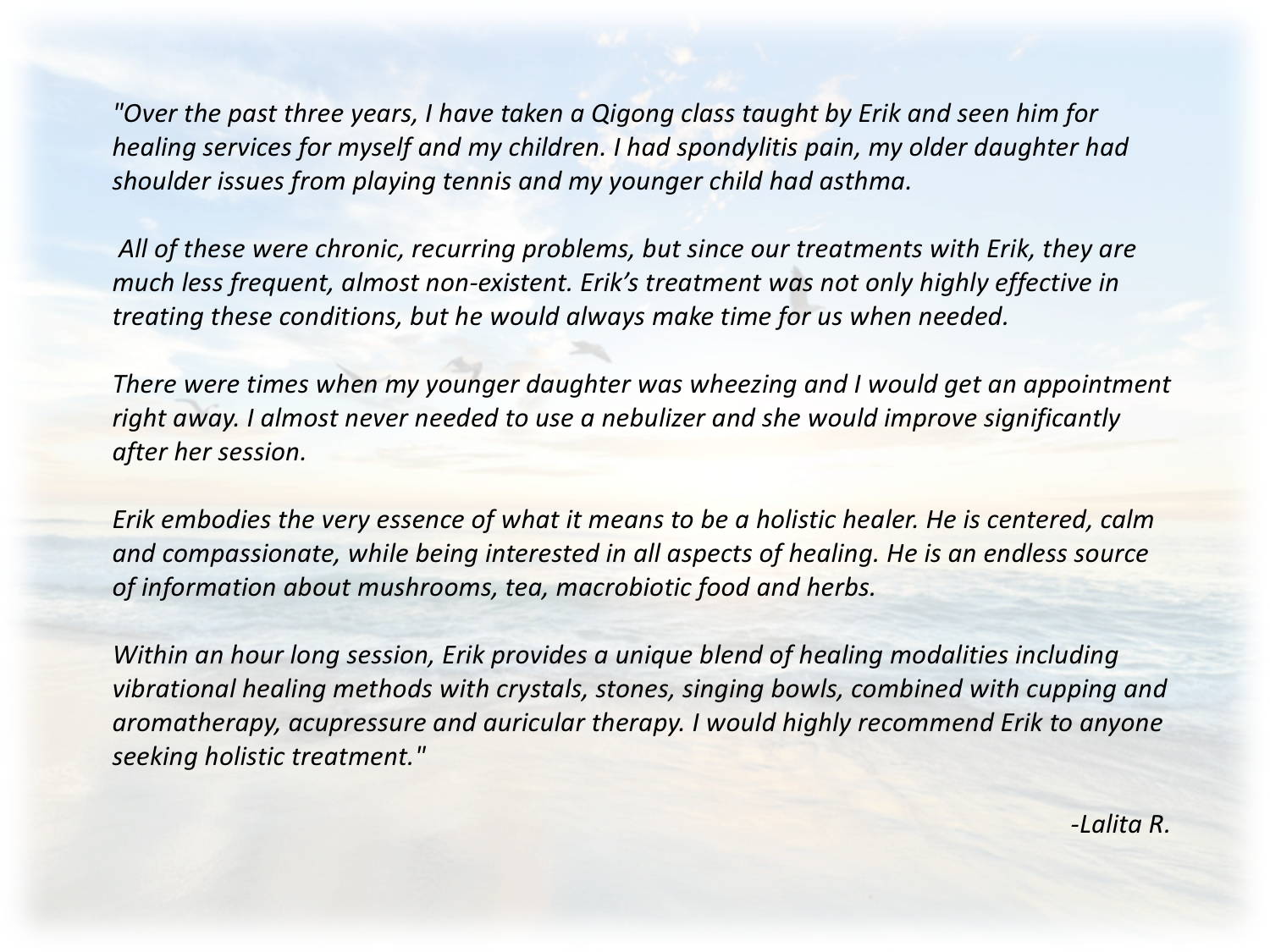 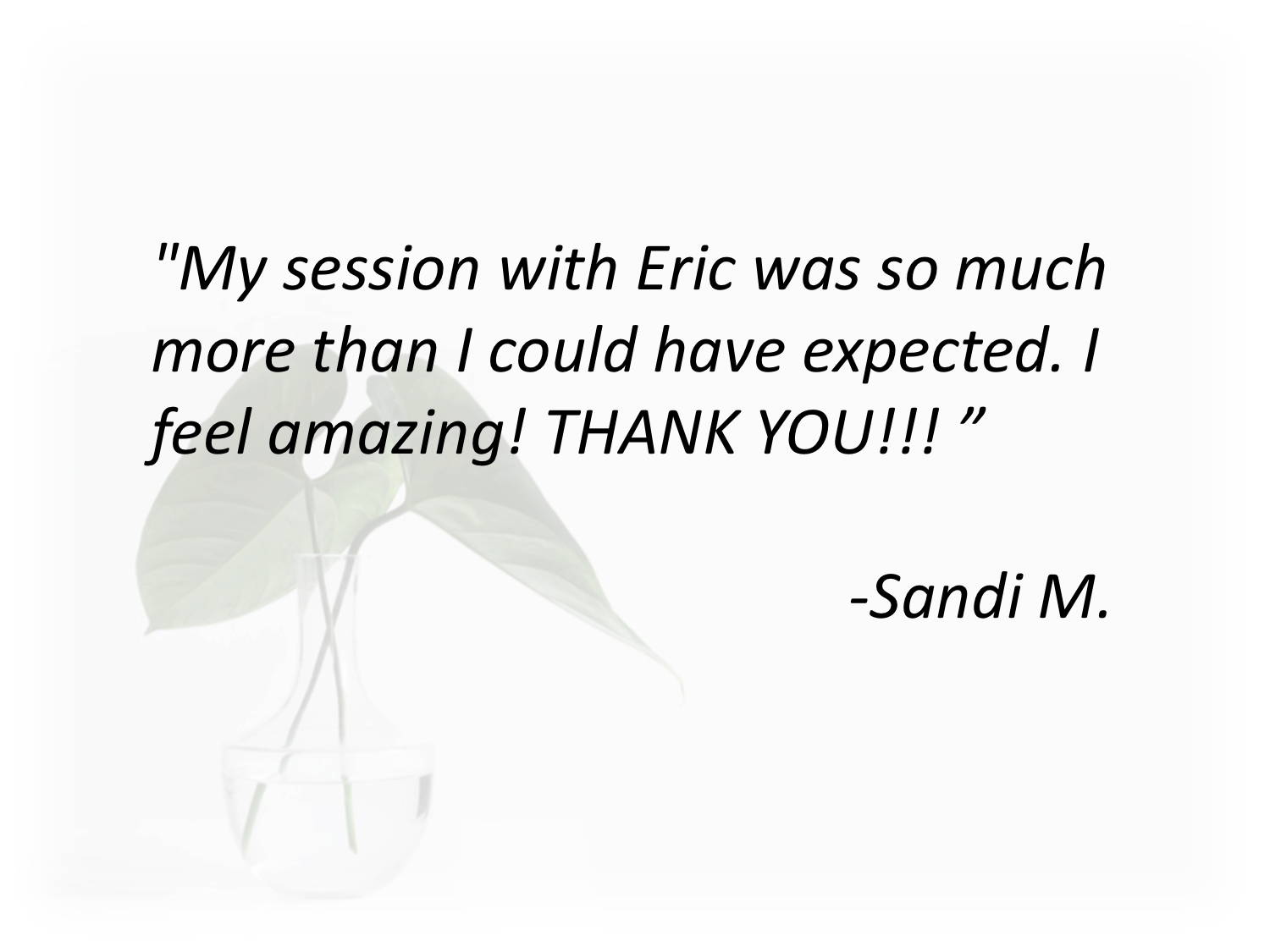 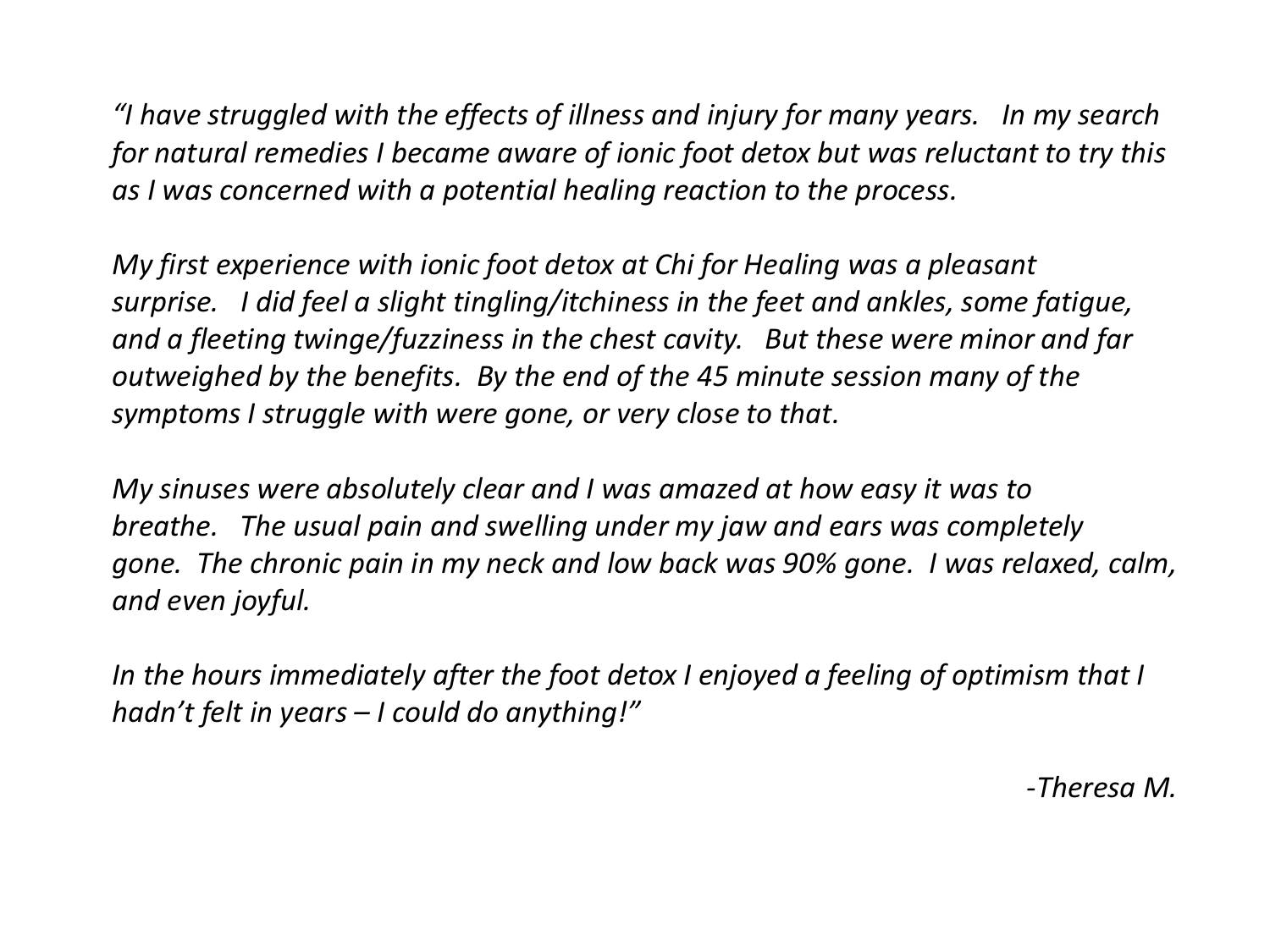 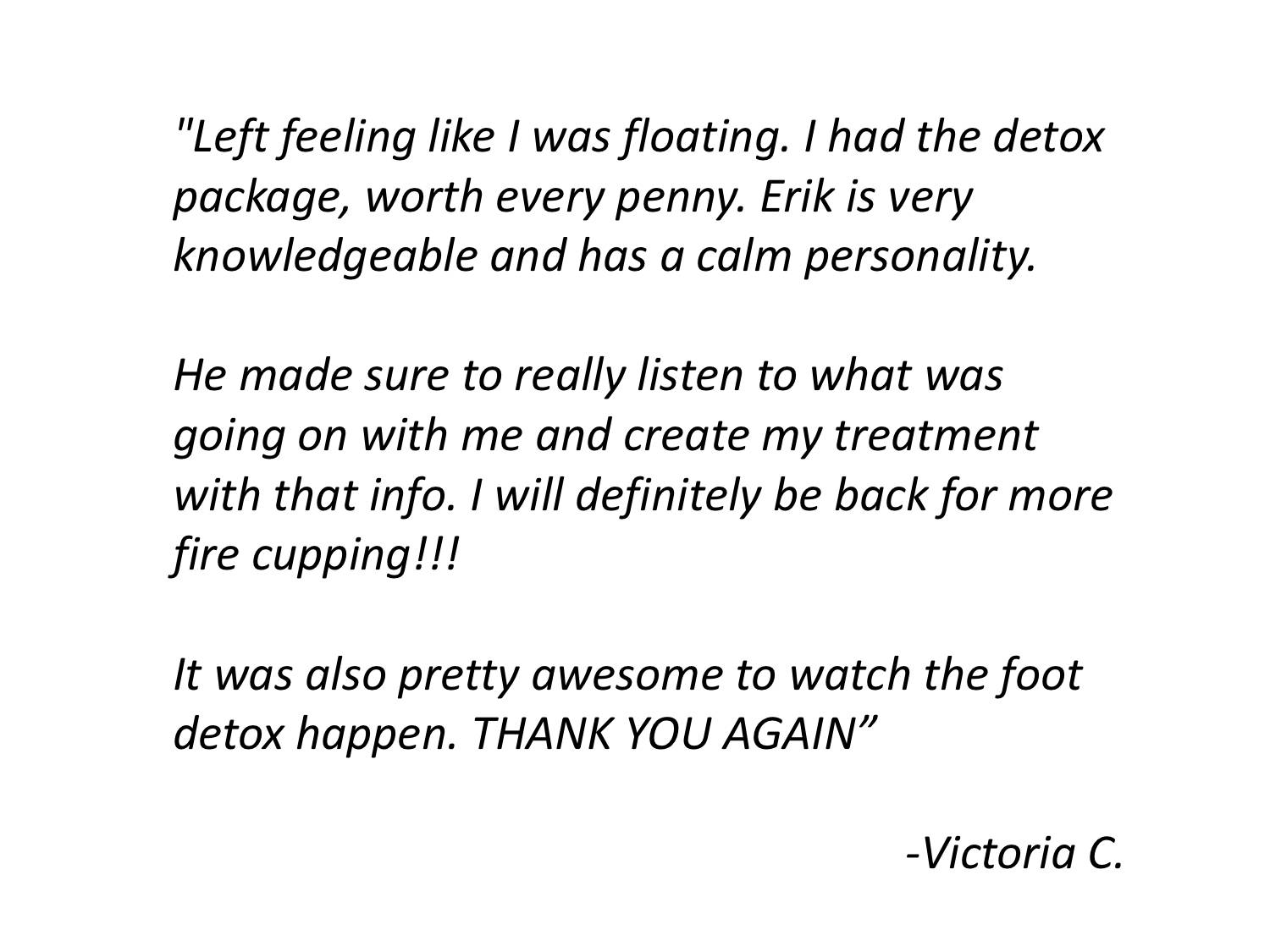 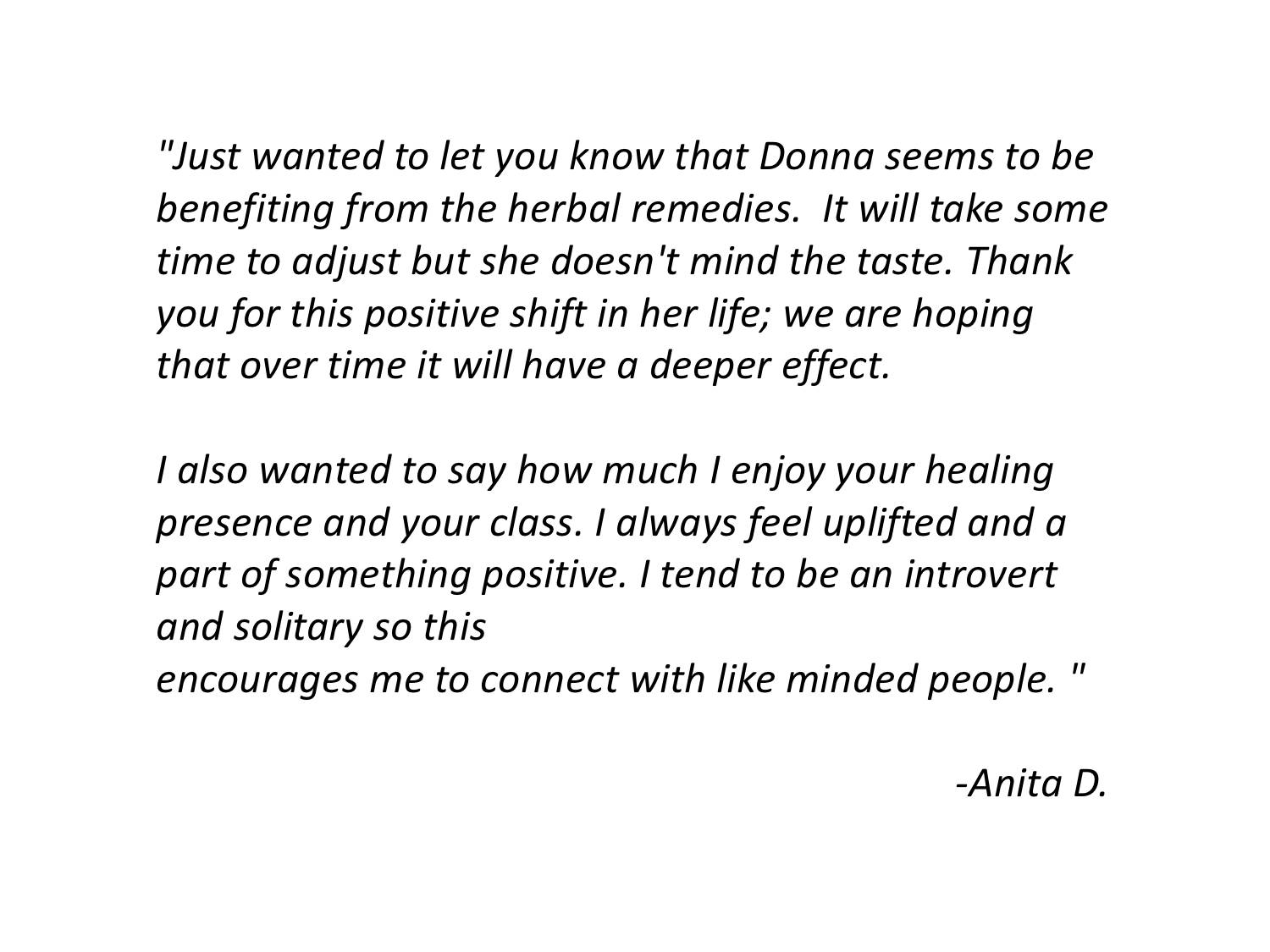 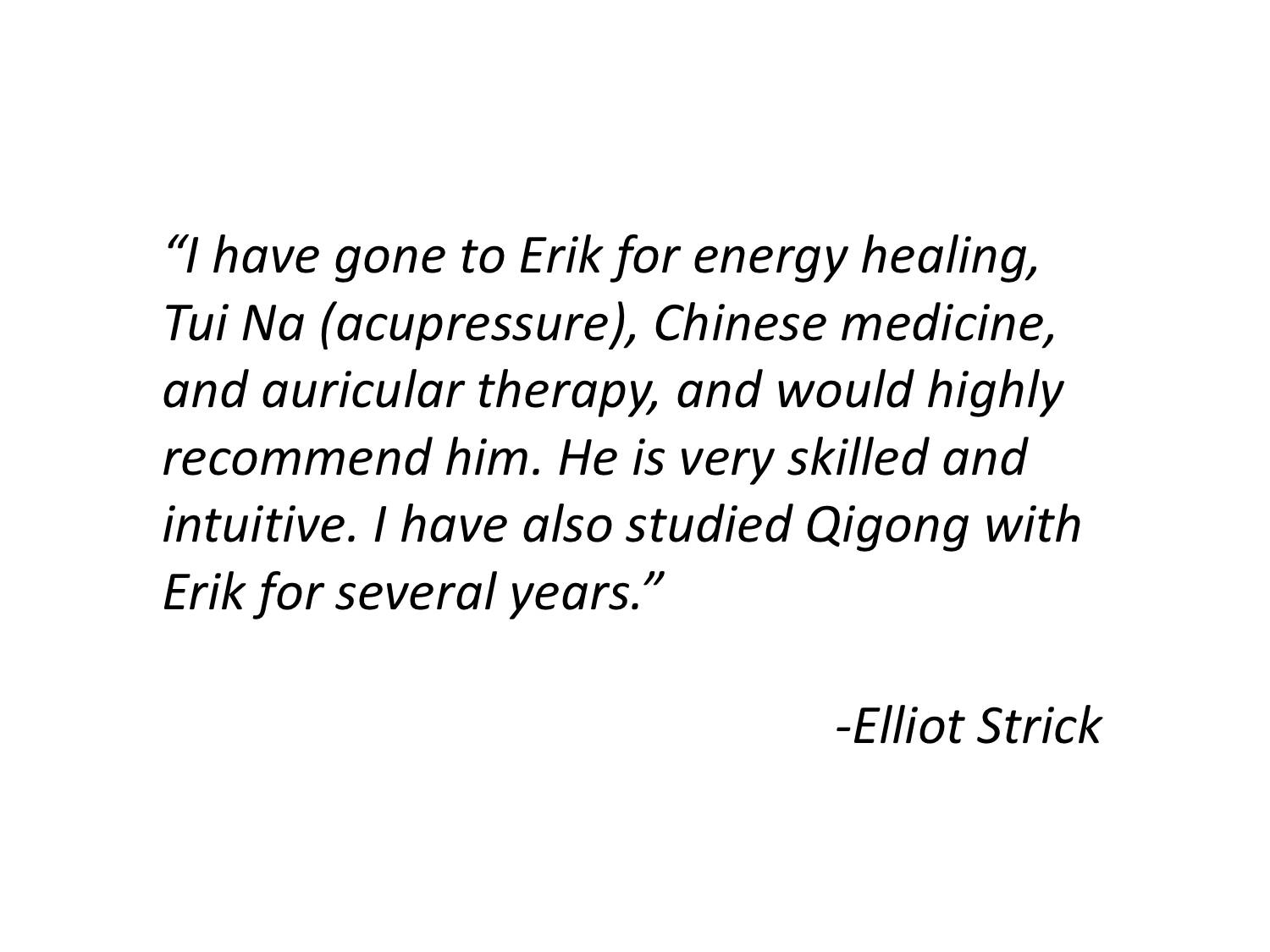 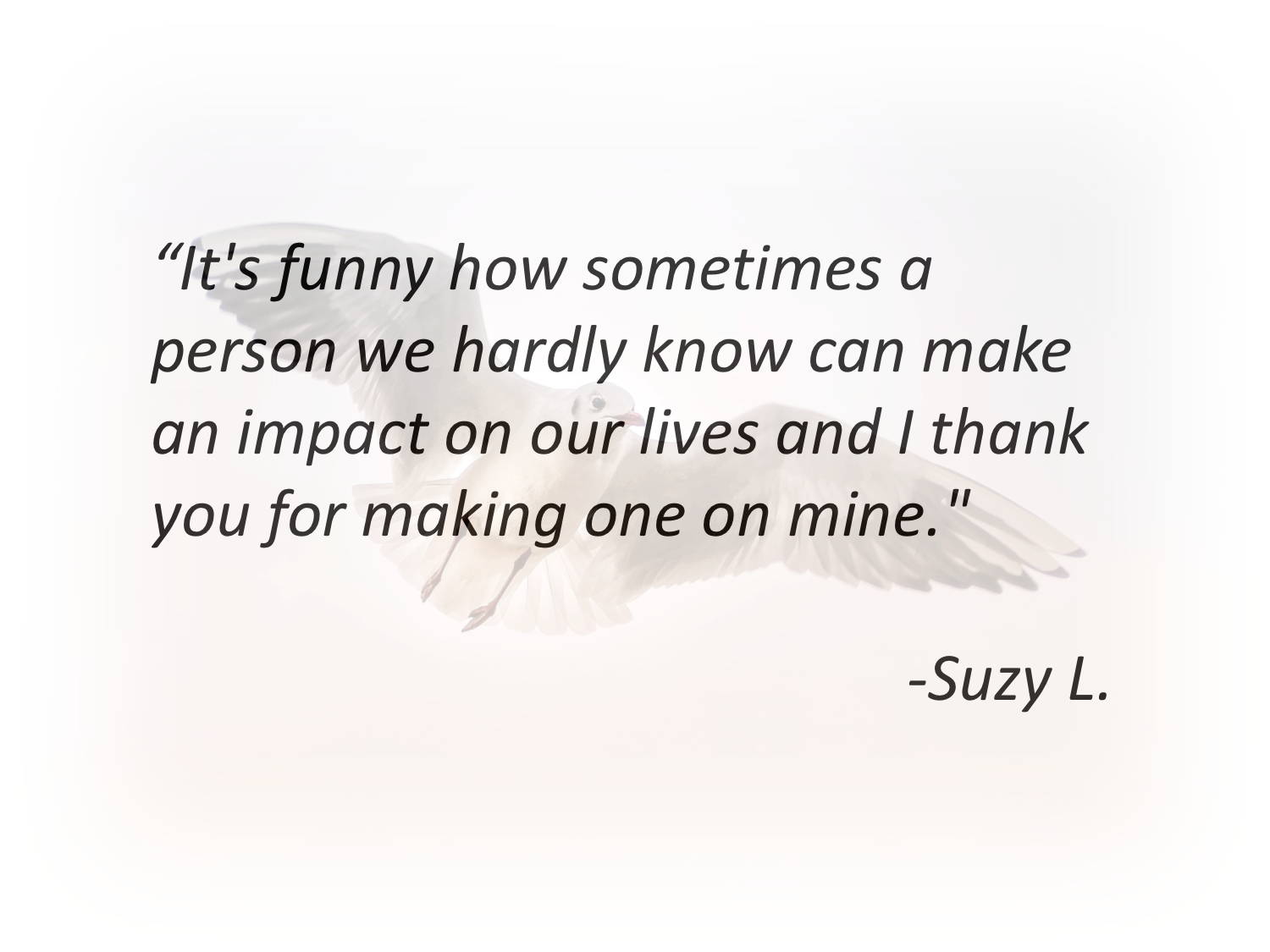 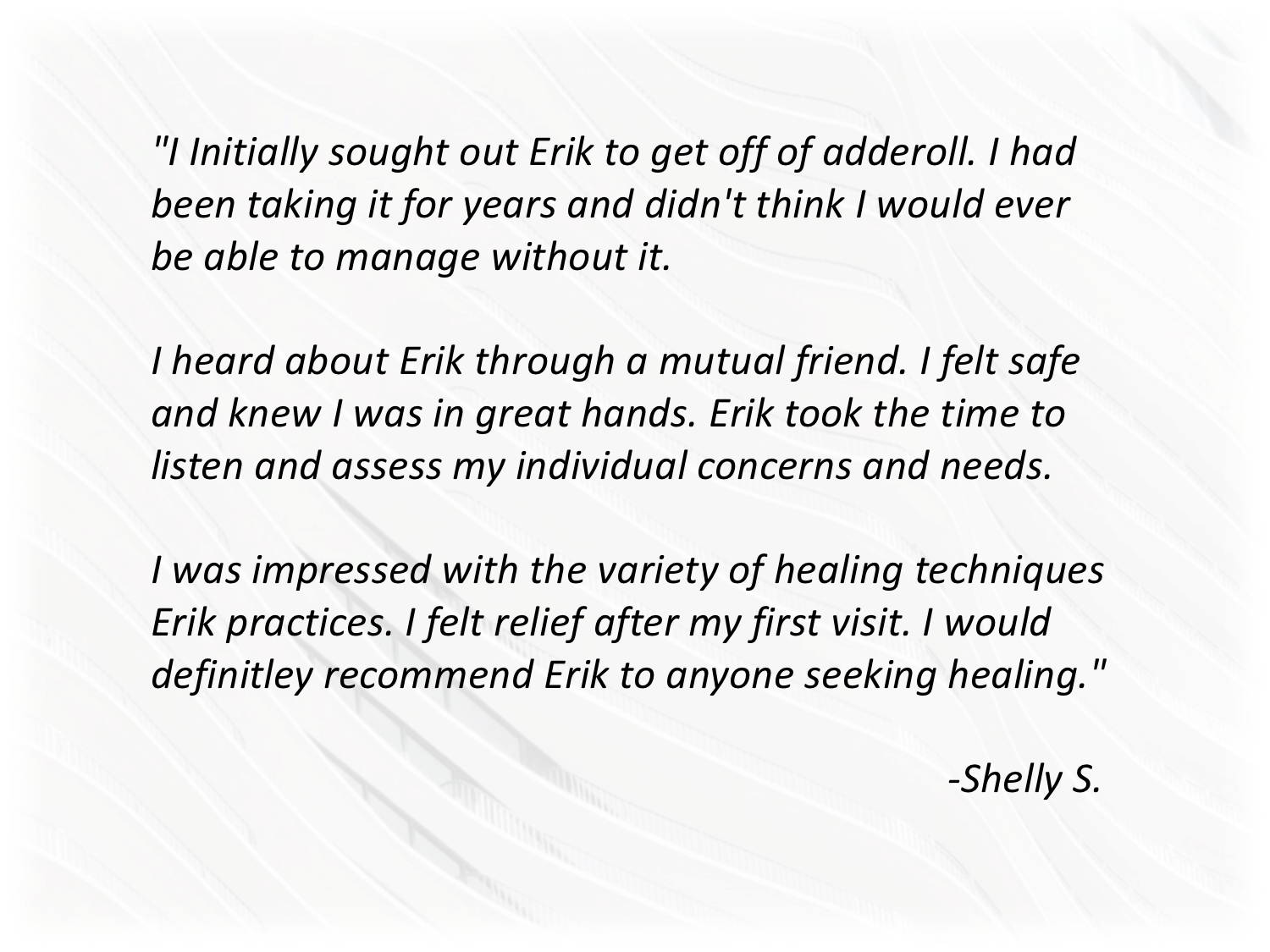 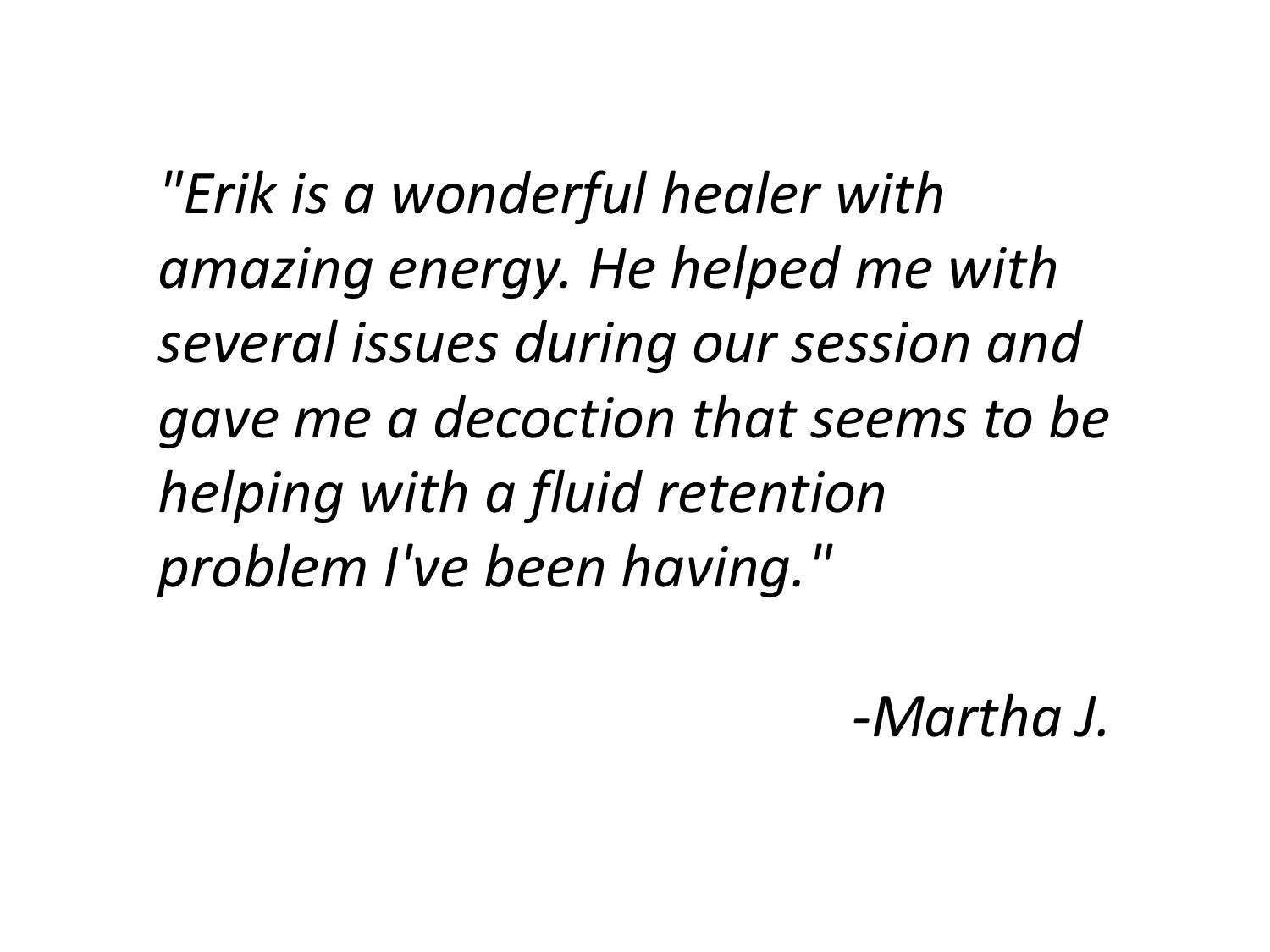